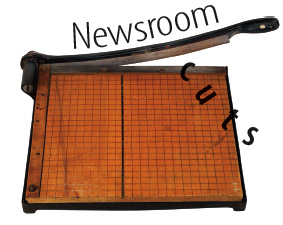 The trend didn't spare the environment beat, as veteran journalists on the beat were laid off in the deep recession of 2008.

Peter Dykstra, former SEJ board member, and the team's executive producer, and Diane Hawkins-Cox, a senior producer on the team and a Grantham Prize juror, were among those leaving CNN.

CNN officials described the network reasons for the cuts as more internal to CNN than a reflection on the beat or the importance of such issues as climate change or dangerous endocrine-disrupting chemicals in food.

"We want to integrate environmental, science and technology reporting into the general editorial structure rather than have a stand-alone unit," said CNN spokesperson Barbara Levin. "Now that the bulk of our environmental coverage is being offered through the Planet in Peril franchise, which is produced by the Anderson Cooper 360 program, there is no need for a separate unit."

But others wondered if the cuts might result in less coverage of such important issues during a crucial period of change in Washington, as the Obama administration sets direction on the coming four years.

"It's disheartening," said Christy George, who is president of the Society of Environmental Journalists and has worked closely there with Dykstra. "For the last year or two, television has, in general, been making a commitment to beefing up its environmental coverage."

George added that issues such as clean energy have moved to center stage in global political and economic discourse, and President-elect Barack Obama recently reaffirmed his commitment to tackling climate change.

"There is going to be a lot to cover in science, technology, and environment," George said, "and it's not going to be enough to just cover the politics of it to keep people informed."

"Losses of senior and experienced reporters with years of beat expertise don't augur well for the needs of the public to be informed," Ward said. "Many of these environmental and science issues are complex and sometimes controversial, particularly now as we are about to enter a period of profound changes in political and policy directions from Washington, internationally, and from many state houses.

"Climate change is just one of the many sweeping science issues demanding just the kind of journalistic expertise we now see being pushed out the door," Ward added. "These are difficult and trying times made even more challenging by the loss of this kind of veteran reporting know-how."

Other notable news troubles recently: the Tribune Company declared bankruptcy; The Philadelphia Inquirer defaulted on $85 million in debt; venerable newspapers, including the Rocky Mountain News and The Miami Herald, reportedly have been put up for sale; and the New York Times Co. said it would borrow up to $225 million against its new 52-story newspaper headquarters off Times Square in New York City.

The hard times also pinched others in the broadcast industry. National Public Radio announced in early December that it would lay off 64 employees and not fill at least another 20 slots, as its foundation funding had dwindled.