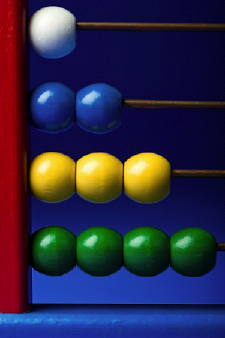 Newspaper coverage of environment praised while officials were unresponsive in cancer cluster cases Research News Roundup Survey respondents give local news positive marks overall for covering complex aspects of environmental issues. By JAN KNIGHT Local newspapers are more apt than local television newscasts to provide information about some of the more complex dimensions of environmental issues, according to a recent study of results from an Ohio telephone poll.

But the poll results also suggest that newspapers and TV newscasts may complement one another to satisfy audiences who both recognize the varied dimensions of environmental problems and know which media are more likely to address these dimensions, according to Daniel Riffe, Stephen Lacy and Daniel Reimold, the study's authors.

The researchers were surprised that respondents ranked both mediums' coverage of the causes of environmental problems so positively because causes comprise "one of the more complex types of [environmental] reporting." And, research suggests, journalists often do not report on causes of environmental problems even though causes are salient to audiences, so the researchers had expected respondents to rank coverage less-thanpositive on this dimension.

That respondents ranked newspapers more positively than TV newscasts on coverage of the solutions and costs related to environmental problems may be because newspaper staffs and news holes are larger than those for television, giving them more resources to cover these dimensions in depth, the researchers suggested.

They concluded that this difference holds a boon because, "rather than competing for reader and viewer attention," the "distinctive traits" of television and print journalism may work together to provide environmentally knowledgeable audience members with depth and the lesser-informed with complementary information.

Based on a study of newspaper content, researchers have concluded that health officials need to do more to ensure that they treat individual members of the public fairly during health investigations and to communicate their concern more clearly.

In news reports on cancer cluster investigations in seven U.S. communities, health officials generally appeared to be unconcerned about residents' worries and to be disrespectful, untrustworthy or biased, the researchers found. Further, only about 26 percent of 330 news stories studied indicated that residents had been given the opportunity to express their views to health investigators.

Researchers John C. Besley, Katherine A. McComas and Craig W. Trumbo based their findings on a content analysis of one local newspaper in each of the seven communities, ranging from Oak Ridge/Kingston, Tenn., to Marin County, Calif. They focused on coverage of public meetings about the cancer cluster investigations dating as far back as Jan. 1, 2000.

Cluster investigations are challenging for health officials and residents alike because of the uncertainty associated with them, the researchers noted: It is difficult to establish whether clusters exist and, even when found, to establish their cause. An added challenge stems from public perception. Research suggests a strong correlation between whether health officials appear to be fair – that is, neutral and respectful of individuals – and residents' attitudes toward and engagement with the process.

In this mix, the study's authors added, it is "important not to forget the value of understanding media content" because research has established that journalists pay attention to officials' treatment of people who are impacted by health risks, including observing whether fairness norms are met and that "the procedures governing decisions allowed citizens to have a voice in the decision making."

Jan Knight, a former magazine editor and daily newspaper reporter, is a former assistant professor of communication at Hawaii Pacific University in Honolulu, where she continues to teach online courses in writing and environmental communication. She can be reached at jknight213@aol.com