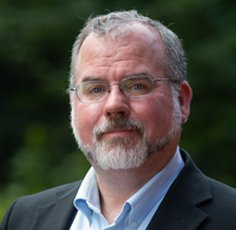 The Society of Environmental Journalists congratulates investigative journalist Ken Ward Jr. for receiving a 2018 MacArthur Fellowship — a $625,000, five-year, no-strings-attached award to extraordinarily talented and creative individuals as an investment in their potential. Fellows are selected based on exceptional creativity; promise for important future advances based on a track record of significant accomplishments; and potential for the Fellowship to facilitate subsequent creative work.

The selection committee recognized Ward, a staff writer for the Charleston Gazette-Mail, for "revealing the human and environmental toll of natural resource extraction in West Virginia and spurring greater accountability among public and private stakeholders."

Ward's reporting on black lung disease led to new regulations from the Mine Safety and Health Administration, and his coverage of a 2004 chemical spill revealed the coal and chemical industry's lack of precautionary planning.

"Ken is the kind of journalist so many of us aspire to be: a journalist whose environmental reporting has a true measurable impact. West Virginia is a better place because of his tireless work. The MacArthur Genius Grant is truly stellar recognition for a truly stellar journalist," said Bobby Magill, SEJ Board President.

"Ken epitomizes the dogged journalistic pursuit of truth at a time when this couldn't be more important. This is huge for environmental journalism and important for our democracy," said Jay Letto, SEJ Conference Director.